Other top rated products
Powered by
4.9 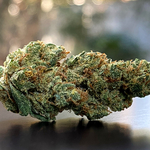 Secret Nature Co
01/16/20
Wow! Your feedback is appreciated. Thank you for taking time out of your day to review us!
01/16/20
Was this review helpful? 4 0
Slideshow
Slide controls
Loading...
Powered by
M
Matthew F.
Verified Buyer
5 star rating
01/13/20
First order from Secret Nature CBD— 3.5g Frosted Kush.
Review by Matthew F. on 13 Jan 2020 review stating First order from Secret Nature CBD— 3.5g Frosted Kush.
I was extremely impressed by my first purchase from Secret Nature. I’ve tried probably ~10 strains of CBD hemp across maybe 7 different brands (plus various extract products), & this was the best quality flower I’ve come across. In my experience, the vast majority of them have been fairly poor quality. Compared against the standards of regular cannabis (from roughly comparably legal markets), most hemp flower I’ve encountered has been very bland looking, usually very similar mild smells which differ mainly in their undertones, and extremely harsh to smoke (not sure if it’s due to the genetics of whatever hemp plants they originally bred from or if it’s bad flushing practices or some other factor during growing). I’ve found one other brand prior to Secret Nature which really stood out above the rest, but this Frosted Kush was head and shoulders above even their best flowers.

The first thing that’s very noticeable upon cracking the seal on the can is the smell (by the way, credit for hermetically sealing your containers). With most strains of hemp (unlike most strains of even decent cannabis), the smell isn’t really apparent until I put my nose down practically into the jar, and even then it’s underwhelming (like I alluded to, usually some variation on a unremarkable grassy or mildly sugary scent). Seconds after opening the Frosted Kush, the smell wafted up to me ~14-16 inches away, so good sign off the bat. The smell is fairly complex; I wouldn’t describe it quite as “strawberries & whipped cream” as the site did, but it’s extremely pleasant. I do definitely see the strawberry, more like the smell of strawberries & strawberry plants themselves than sweet strawberry flavoring, blending with a kind of pungent skunky/mossy funk and a slight spicy edge which almost reminds me of the warm, spicy aroma of a Red Dragon/Super Silver Haze cross I once had & loved.

The smoke tastes far better than any other hemp flower I’ve had— which counts for a LOT. I’ve found that I get far more therapeutic effects for my anxiety from smoked CBD flower/kief/hash than from the oral/sublingual use of any product, but because of the harshness and unpleasant taste of most strains, it’s been a real chore— I just choke it down so I can get relief. This stuff has been a pleasure to smoke (if anything I think I need to take a few days off, because I feel I’m building a tolerance to some of the best effects, but I’ll get into what those are below).

Their next very noticeable quality is that the buds are gorgeous. You can get some sense in my photos (I have a good camera now so I put it to use), they look incredible, especially under bright light. Under sunlight most of all, but I didn’t get any passable photos of that. They’re a beautiful mid-tone green, some are covered in long, bronze-ish pistils (the colorful hairs), and the flowers are resinous enough that it gives them a slightly yellow tinge, accentuated by pretty solid trichome coverage (not the craziest density of them ever, but the are everywhere, relatively undisturbed for stuff that’s been through the whole distribution process, and appear well-developed— just beautiful— I recommend taking a peek under a microscope if you’ve got one around). The buds look very healthy, well-grown and cared for, with great attention to detail on the trimming— there were probably only about 2 little tiny flecks of leaf in the entire 8th, easy to pick off, with only tiny bits of internal stem making up a negligible amount of the total weight. The buds are mostly pretty small, but they’re quite dense (not compressed at all, just naturally dense), so when you’re buying only 3.5g, especially with a very Indica-dominant strain, that’s to be expected. There were a few very respectably sized ones for such a small order of such dense flowers.

As for the effects, I find this strain extremely relaxing. I’m not sure to what extent the Indica/Sativa distinction is even correlated with the effects people associate with these categories when there’s virtually 0 THC, but this was certainly a good before-bed strain. I’ve never had hemp that I couldn’t tolerate during the day though— it doesn’t make me that tired. This stuff definitely relieves my anxiety with extreme efficacy. Especially the first few nights smoking it, after just a couple of bowls I had a very real mood-lift— it reminded me of the very first times I used CBD hemp. I just wrapped up in a blanket, felt extremely comfortable, & upon putting in a comedy show I love, I got the giggles hardcore for not being high. Definitely promotes a feeling of calm, contentment, & is great for meditation or mindfulness practices. Like I mentioned before, I’ve never found a CBD strain outright sedating (I wish they helped a bit more with insomnia), but this is a great strain for settling in, unwinding, and getting yourself ready to sleep without antsiness or a million thoughts flying through your head. With a little melatonin it has definitely helped me get onto a little better or a schedule, even if I wouldn’t call it itself a “sleep aid,” per se.

As for business practices, I believe they shipped the same day I ordered, it got here on time via priority mail. I have respect for the fact that, unlike some other companies, Secret Nature doesn’t just slap the names of popular cannabis strains onto hemp strains as if they’re the same strain. They appear to give all their strains original names, which I consider far less deceptive. The downside is that you can’t really find detailed info about their strains on strain database sites, but it’s better than if you think you’re getting info about a strain you’re buying, but actually they just copied the name of a different strain.

On this front, my only constructive criticisms are that (a) I would like to see more hemp companies be transparent about the genetic parentage of their strains (the more information is available to consumers the better IMO), if not just so that people really know what it is they’re buying, also so that our collective knowledge of the genetic family tree of cannabis strains doesn’t develop a bunch of holes, as is happening in legal markets lately. It’s remarkable that throughout decades of criminalization, we kept a pretty nearly complete library of cannabis genetics which could track many (maybe most) popular strains all the way back to their original landraces, so it’s a shame to see how many strains now seem to pop up in our databases with unknown parents, because then all the strains which descend from that strain will also have unknown lineages. And (b), I think it’d be good to send a copy of the lab test results for cannabinoids and/or terpenes with a purchase. Presumably the lab tests do get done, since you know the batches are compliant with the Farm Bill limits on THC, so it’d be good to pass those along, as many companies do, or at least post them online, in more detail than just the CBD & total cannabinoid content numbers (if you do and I missed it then my mistake there), just so people can identify what strains will provide them with the terpenes & cannabinoids they need to get the types of relief they’re looking for.

But ultimately, these really are just relatively minor constructive criticisms. The quality is in the product, & this really was the best I’ve found anywhere. The people at Secret Nature clearly know what they’re doing, from breeding to growing to flushing to trimming to drying & curing. I look forward to trying other strains— Citron, Papaya Nights, Mr. Rainbow, & Sweet Cake all sound and look amazing. It makes me wish I could order 1g samples so I could try a variety, but I’m sure I’ll get to them over time! 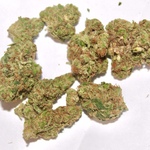 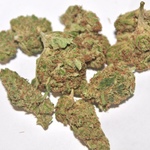 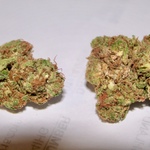 What Is The Percentage of CBD In The Flower?
20.8% CBD, 24.6.% Total Cannabinoids, Less Than 0.3% THC
What Is The Terpene Profile Of The Flower?
Indica/Relaxing, Gas, Frosting, Berries
Are Secret Nature CBD Flowers Organic?
Yes, our indoor grown flowers are lab tested for purity and compliance, and we use 100% organic nutrients.